The 4 Best Digital-Only Banks In China 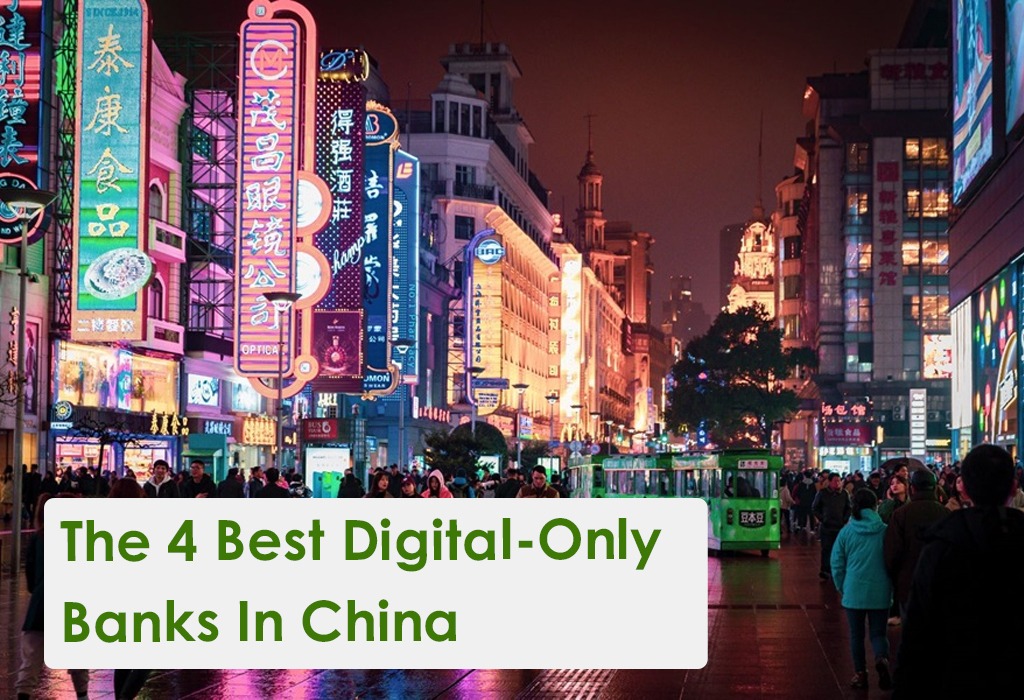 Virtual banks are taken as a choice between traditional and virtual banks by most of the users, as of now. The reason is simple: fast, easy, effective services with comparatively less price range. This is something very much essential to be focused on, whenever using digital banks of any kind. By the way, this post will unveil doubts about choosing the best digital-only banks in China with the help of The 4 Best Digital-Only Banks In China.

China is one of the nations where virtual banks don’t function separately. However, a conglomerated force could be seen between banks and other financial institutions. With this to be said, a few popular Chinese organizations like WeChat, Baidu, Taobao, and Xiaomi are mostly seen in partnership with newly-emerged digital-only banks.

Let us now have a look at a few selected banks that you must touch on for the beginning of your digital-only banks’ journey.

Aibank is the first state-controlled digital bank that was launched in 2017 with an aim to be the ground for upsurging digital banks in the nation.

It works to provide lending facilities and also introduced the QuickPass cards that could be used for multiple purposes: credit, wealth management, payments, etc.

It, like another financial service provider, is a conglomeration of two financial giants Citic and internet giant Baidu, in which Citic owns 70% and Baidu owns only 20% of the total equity of Aibank.

WeBank is another milestone in the digital-only banks’ arena. It was launched in 2014 and is considered the first virtual bank in china together started by Tencent, Liye Group, Baiyeyuan, and others.

WeBank is a completely digital bank with no branches, outlets, or cafes, however, an application that could be used on mobile phones to cater to all your financial issues.

Tencent, being the largest shareholder of 30% in WeBank, is the face-name in developing WeBank; people often call it Tencent’s WeBank.

Also, the Chinese digital bank is best known for its features like there is no requirement of anything to be kept for the loan granted. You could get the loan on the basis of credit score and on face recognition technology.

XW Bank is known as Sichuan Xinwang Bank and is a reliable source for choosing a digital-only bank. It came into existence in 2016 and in the list of The 4 Best Digital-Only Banks In China, it was 3rd bank in China to receive a banking license.

XW is heavily dependent on WeChat for getting loan applications and is also useful to find customers. Also, the data of the customers are extracted with the help of big data analytics which helps in finding previous records of customers as well.

MYBank, which is also known as Zhejiang Network Merchants Bank Co., is an Alibaba bank and was founded in 2015. The offer of services that MYBank provide focuses on small businesses, and people from rural and urban as well.

Being launched with Alibaba, it is currently active with Alibaba’s e-commerce company and others like Alipay, especially.

MYBank is a dedicated digital bank service provider which has got no physical branch and works on its application only. Along with it, it uses big analytical tools which work to analyze for providing the services.

Definitely, there are a bunch of advantages of the digital banking system. People who would previously wander to their bank branch to get their work done are now able to do it quickly and with so much comfort at home. Similarly, those who were to line up for the account opening could now get easy to apply option from their mobile banking application on the mobile phone itself.

Not only has this, with the virtual bank, the loan granting process become simpler than before. You can now get loans easily without even showing them assets, but your credit history is like XW Bank does.

With this, now people are definitely getting so many benefits and therefore online banking is expanding like a fire in the jungle in the whole world.

People with becoming time conscious, it is perfect and cost-effective as well.

In addition, you can get more interest rather than the traditional or old bank systems here, which is probably enough to incline you towards trying digital banks, at least once.

We had a descriptive discussion on The 4 Best Digital-Only Banks In China. Digital, virtual, online, and mobile banking are all different names focusing on a single idea: Digital Banking.

Almost every nation in the world is now taking a big shift 5 years toward making their financial products available online. This is because the virtual way of managing things is much better than the physical one and comparatively less cost asked.